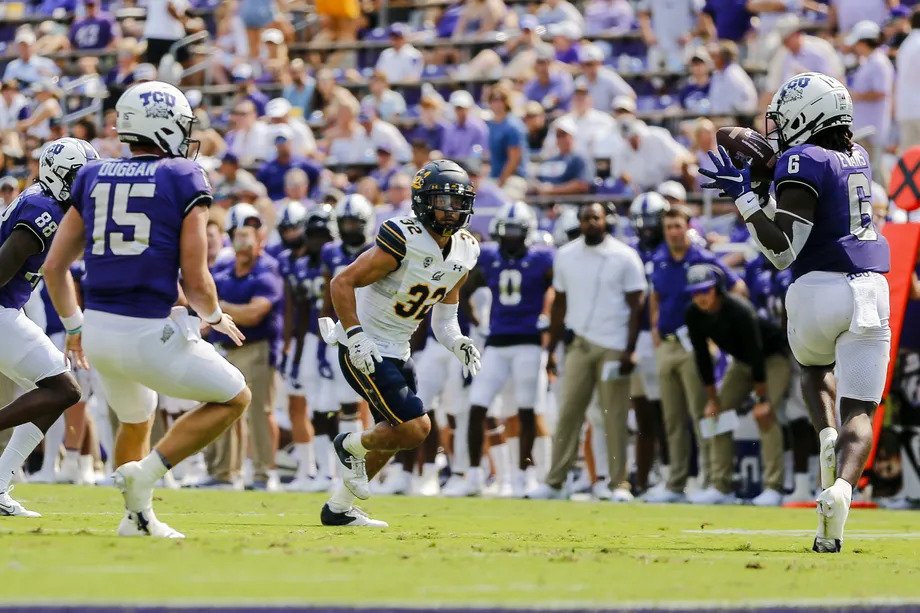 After SMU wide receiver Rashee Rice said, “People don’t come to Texas for Fort Worth,” there may be a temptation for TCU to prove their passing game is just fine without Rice, a Fort Worth native, who attempted to get every nerve of every member of the TCU football program this week in the lead-up the 100th meeting between TCU and SMU. It would make sense: SMU is allowing 316 passing yards per game, the ninth-most in Division 1 college football.

Just before halftime against Cal-Berkeley, TCU was trailing 19-7, but a simple shotgun handoff to Evans turned into a 51-yard touchdown, leaving the Horned Frogs with a very manageable 19-14 deficit they were eventually able to overcome.

Wide receiver Quentin Johnston, a physical specimen himself at standing six feet, four inches while weighing 201 pounds, was in awe.

“I was amazed,” Johnston said. “I knew he was good, but he really showed me something right there. That was a big game-changer going into the third quarter, really big for us.”

While being able to torch a porous defense through the air should come easy, TCU’s deep passing game experienced a few hiccups against Cal with quarterback Max Duggan overthrowing receivers Derius Davis, Blair Conwright, and Johnston on a few potential touchdowns.

“I have to do better on the downfield throws because I missed a lot of them, and it hurt us at times,” quarterback Max Duggan said. “It would’ve helped us if I hit them. Just working on connection and more work in practice at getting our guys a shot, just putting it out there for the playmakers to make plays is what we need to do. “We’ll hit them. During fall camp, we were hitting them. It’s just time together and one game we may not hit them, but there will also be games where you’re hitting on throws you may not have expected to. It’s just a matter of time.”

Duggan’s deep throws are certainly more reliable than playing Russian roulette, and his point about the connection coming with time carries some weight considering the Horned Frogs’ week off gave them 14 days to improve upon that element of their offense. Although, that shouldn’t keep them from making the country’s 58th-ranked run defense (SMU allows 124.3 rushing yards per game) sweat.

While Patterson said he would like to keep Evans’ workload down in the 10-12 carry range and not the 20-25 carry range (Evans had 22 against Cal) in order to preserve him for the remaining 10 games on the schedule, Patterson may need to be flexible going forward, especially this week. Either way, Evans is simply happy to contribute.

“I tell him [Gary Patterson] I’m grateful to be here literally everyday,” TCU running back Zach Evans said. “I’m good with whatever workload they give me. I’m going to make something happen.” Read More