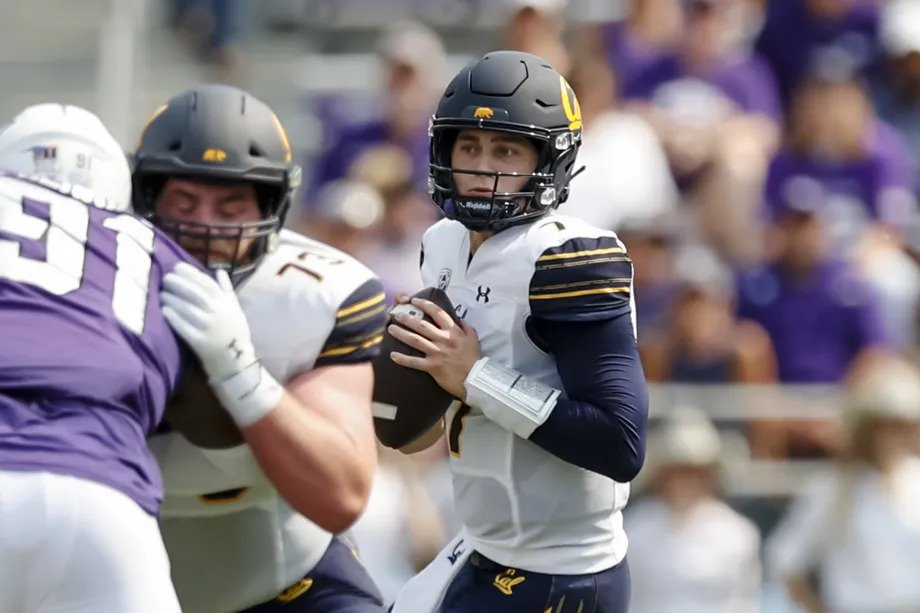 One of TCU head football coach Gary Patterson’s classic mantras has always been “just win by one.” After winning by two, 34-32 against California-Berkeley, Patterson has two weeks to make adjustments to his pass defense before facing SMU after Cal quarterback Chase Garbers finished his afternoon in Fort Worth with 309 passing yards including two touchdowns. Garbers completed four passes of 40 or more yards: gains of 49, 54, 68, and 42.

TCU’s defense didn’t have to close the game Saturday because Max Duggan and the Horned Frogs offense bled the final 4:09 off the clock on nine-plays, including two first downs. Patterson would like for his defense to be able to shut the door to preserve wins, as Big 12 play is a game away.

“This is an older offense, what I liked was when we needed to get it done, we did,” Patterson said. “We didn’t have to punt again and get another stop on defense. We ran the clock out. That’s a big deal. We’ll take everything we have. I think it will give us a lot of confidence for our game in two weeks against SMU. We understand how explosive they are. Defensively, we have to get a lot better. What Cal did today was max protect [using a running back and/or a tight end to help pass block] and they didn’t let our pass rush get there. They made us cover and we didn’t do a good job of it.”

To be fair to his defense, Patterson felt he could’ve called a better game defensively, and TCU is in the process of replacing two safeties who are now in the NFL, Raiders second round draft pick Trevon Moehrig and the Ravens Ar’Darius Washington.

“In the second half, we backed up, but I should’ve played a man under coverage on the last drive they had,” Patterson said. “Three of the deep [Cal] post routes should’ve had one of our guys there. I’ve been telling our guys they’ve been going too slow, so maybe they will listen from now on. New safeties, young safeties, young corners, haven’t practiced much in two-a-days. They’re the best we got and they’re going to get better. We know how good they can play, but they didn’t play like today. “One of them, [C.J.] Caesar just looked in the backfield, so they’ll get a chance to watch film for a long time. I might even be in their room with them because I’ve been telling them for two weeks how this is going to go down and lose ball games because of it. It went down, but fortunately we won. Sometimes you just have to get shelled.”

However, it wasn’t all clouds and thunderstorms for Patterson’s defense.

“I think our front [defensive line] and our linebackers played really well. We have to get the younger, inexperienced guys settled with the back five [secondary]. [Safety] Bud Clark, it was his second game as a [starting]Horned Frog. [Safety] T.J. Carter, it was his second game as a [starting] Horned Frog. [Safety] Deshawn McCuin will be back [from injury] in two weeks for SMU. That will give us more communication in the secondary.”

The bye week gives everyone, Patterson and his players, time to air out their grievances and move forward in order to prevent SMU and others from airing it out against them on Saturdays.

“You’re going to go 10 straight ball games after this bye week,” Patterson said. “You’re going to have three emotional games: SMU, Texas, and then Texas Tech. Then you’ll leave the state to go to Oklahoma. Then, half the season is done. We have work to do, but I’m not going to panic. This group has earned the right because of their chemistry and the way they’ve worked. We need to get better. I need to do a better job of helping them.” Read More

Run Max Run: Patterson wants his quarterback to be a more aggressive runner