The NIT is coming to DFW, but will it include TCU? 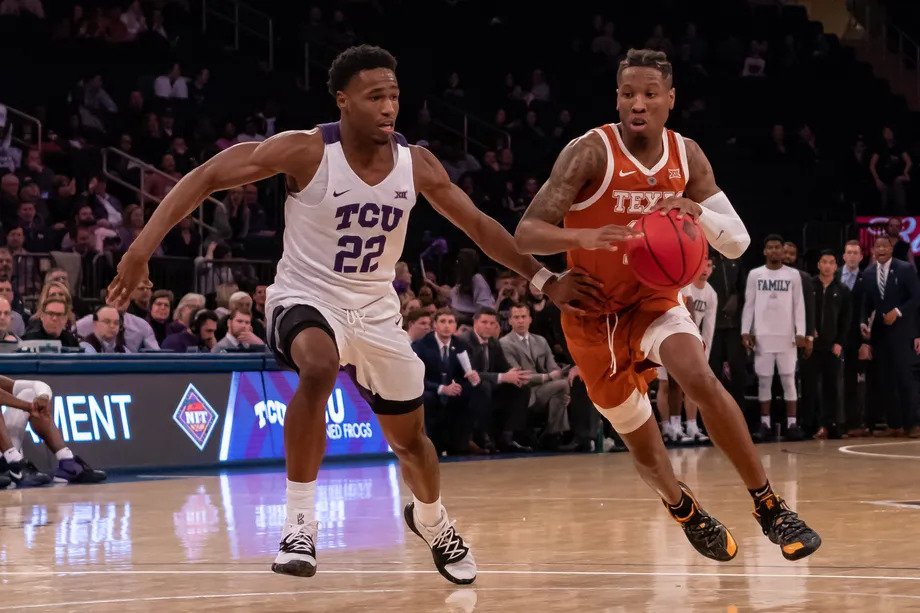 If TCU (12-10 overall and 5-8 Big 12) makes the National Invitation Tournament (NIT) for the third time in five seasons under head coach Jamie Dixon, they will be doing so without needing to catch a flight, as the 2021 NIT is temporarily relocating from the Big Apple to North Texas. This year’s NIT will cut its bracket in half, down to 16 teams instead of the customary 32 the NCAA announced on Monday. The tournament will be held at both Comerica Center in Frisco (53 miles, 55-minute drive from Schollmaier Arena) and at UNT Coliseum at the University of North Texas in Denton (40 miles, 45-minute drive from Schollmaier Arena).

Per the NCAA, the decision to conduct the NIT in one geographic location “was made with the interests of having a safe and healthy environment for all participants” because of the COVID-19 pandemic. With the reduced field, all 16 teams will be selected as at-large participants — meaning the best 16 teams available after the NCAA (March Madness) Tournament is announced — regardless of conference. This year’s event will also feature a third-place game for the first time since 2003.

Typically, the NIT has been played at home arenas in the first three rounds (TCU played at least one home game in both the 2017 & 2019 NIT) before the final two rounds concluded at Madison Square Garden in New York City.

The 2021 NCAA Men’s Basketball Tournament (March Madness) is also attempting to replicate the results of a bubble-like atmosphere the NBA utilized to finish its regular and postseasons with the entire tournament being hosted within the state of Indiana.

Texas won the most recent NIT played in 2019 after defeating the Horned Frogs in the semifinals, marking the second time in three years that a Texas-based school won the event after TCU captured an NIT title in 2017.

In the 2019 NIT, of the 16 top-four seeds in the 32-team bracket, every team had a greater than .500 record — except for eventual tournament champion Texas who had a 16-16 record. The Big 12’s top seven teams in the top 20 of the most recent Associated Press poll with TCU sitting in the conference’s 8th spot (the first without a top 20 ranking). With the 13 of the NIT’s top-four seeds (top 16 teams) in the 2019 tournament going to Power 6 schools (the Power 5 + Big East), the Horned Frogs have a shot at being included in the scaled-down tournament.

However, as maintaining a winning (or .500 record) is an important factor to make the NIT field, for TCU this would require either two wins in their last three regular season games at No. 18 Texas Tech, at No. 6 West Virginia, and vs No. 15 Texas. Otherwise, the Horned Frogs would need to win one of those games as well as their first-round Big 12 Tournament game (currently set to be against 9th-place Kansas State).

The bracket for the 2021 NIT is set to be announced by the NIT Committee at 8:30 p.m. ET Sunday, March 14, on ESPNU after the NCAA Tournament field is set earlier in the evening on CBS. The tournament will tip-off on March 17 and will come to a close with the championship game on March 28. Read More