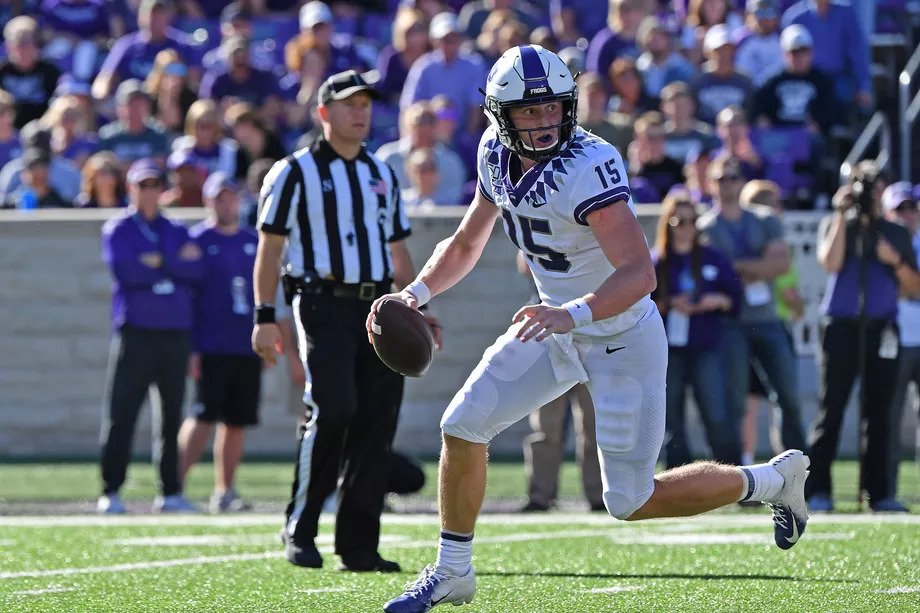 Sitting at 1-1 with a three-point loss against Iowa State and a win against the formerly ninth-ranked Texas Longhorns in Austin puts TCU on the cusp of joining the AP Top 25. Same goes for their opponent, the 2-1 Kansas State Wildcats. They are Team No. 26 in the nation with 142 votes, the most for any team without a shiny number next to their name. The Horned Frogs received 97 votes this week, the fifth-most among unranked teams.

“It [winning last week] gave us a lot of confidence because Texas is a very good football team,” TCU cornerback Noah Daniels said. “Now we know what we need to get better on, continue to work on Kansas State. We showed that we can compete with anybody.”

Last season, the Horned Frogs also showed they could compete with almost anybody. Seven of their 12 games came down to one possession, but TCU went 1-6 in those games with the only win coming in a 33-31 victory in Lubbock against Texas Tech. TCU is 1-1 in this season in one-possession games, with a loss against the Cyclones and a win against the Longhorns. Sound somewhat familiar?

This improvement was certainly on display against the Longhorns as Duggan completed 20 of 30 passes for 231 yards while adding a team-high 79 yards rushing on 17 carries and two touchdowns, including the go-ahead score on a 26-yard quarterback draw with 4:01 left in the game. The 26-yard touchdown also highlighted his improved football IQ.

“Max is a warrior,” TCU wide receiver JD Spielman said. “He showed it in the game, the fact he can go out there, make a check and the check he makes is the one that calls the game for us. He’s mentally strong, he’s physically strong, he’s an athlete and I have a lot of faith and trust that he can do what needs to be done for this program to go over the top.”

In order for the Horned Frogs to go over the top, they need more touchdowns and less field goals. It’s great to have the Big 12 Special Teams Player of the Week in kicker Griffin Kell after he accounted for 15 points (4-4 on field goals & 3-3- on PATs). However, if not for safety La’Kendrick Van Zandt’s hustle (Big 12 Co-Defensive Player of the Week) in dragging down Texas running back Keaontay Ingram on a breakaway and linebacker Garret Wallow punching the football out of his hands at the one-yard line, Duggan and Kell’s stellar performances are likely all for naught.

TCU head coach Gary Patterson knows that and acknowledged the fix to this issue on Tuesday.

“Defensively, too many big plays and offensively in the red zone, we have to have touchdowns and not field goals,” Patterson said. “We’re glad we kicked the four that we did, but we have to keep getting better every week, we got to be better than we were last week.”

On three of the four Horned Frogs possessions that ended in Kell field goals, TCU ran at least one play from inside the 15-yard line. On two of those three drives, Duggan and company were past the Texas 10-yard line. That pattern lines up with the red zone trend in 2019: Last season, TCU had 53 trips into the red zone and converted 29 of those trips into touchdowns (54.7 percent of the time). In 2020, six red zone trips have led to three touchdowns.

TCU lost by seven points, 24-17, in Manhattan against the Wildcats a year ago with Duggan having a shot at leading a game-tying drive. One or two more touchdowns instead of field goals in the red zone could be the difference between a win and being ranked or a loss and having a losing record after three games this season. The best teams execute in the red zone: top-ranked Clemson has 12 touchdowns and one field goal in 13 red zone trips this season.

“We just need to execute, focus on moving the ball forward, driving the ball, no negative plays, and not turning the ball over,” Duggan said. “I think that’s the biggest thing. We can’t go backwards. We have to keep the ball going forward and just execute on what we need to do.”

Saturday will show if Duggan and the Horned Frogs have the ability to execute, earn different results, and set the tone for the rest of the 2020 season. Read More