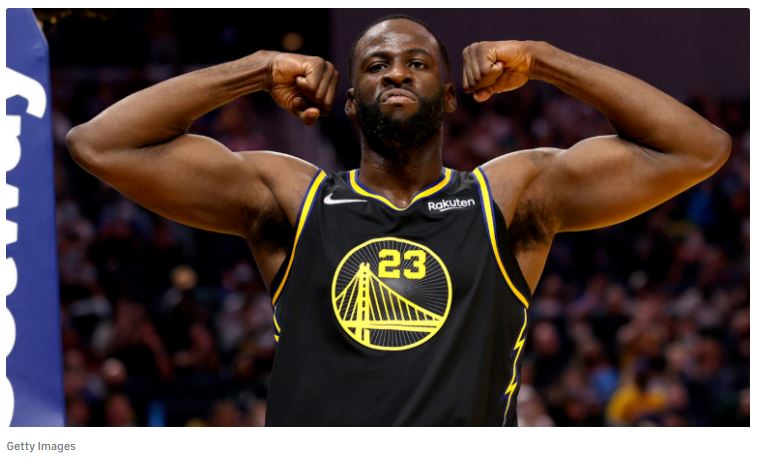 Draymond Green's resume speaks for itself. He's a three-time NBA champion, 2016-17 Defensive Player of the Year winner, six-time NBA All-Defense and two-time All-NBA player and a four-time All-Star. However, his impact this season can be difficult to quantify when you look at his 2021-22 per game averages of 7.9 points, 7.6 rebounds, and 7.4 assists. Despite not scoring in bunches like Stephen Curry, Green -- who is set to return Monday night after missing more than two months, and will be on a 20-23 minute restriction for the next 10-14 days -- has been as efficient as he's ever been, shooting a career-high 53.7% from the field while taking just under six shots a game (5.9), the third-fewest in his career. Green is currently the Warriors' assist leader, but every player in the NBA who is averaging more assists per game than him takes over 10 shots a game.

Green's stat line may not tell a clear story, but his impact is undeniable. The Warriors' winning percentage with Green in the lineup (.824) this season would put them at the top of the NBA, while they have been a middle-of-the pack group (.529) without him. Golden State was a half-game behind the league-leading Phoenix Suns on Jan. 9, but after Green suffered a back injury, they went 16-13, which allowed the Memphis Grizzlies to catch them in the race for the No. 2 seed in the West. His critical role as the Warriors' lead play-maker and defensive backbone makes his return necessary if they plan on making a run at dethroning the Suns come playoff time.

"Yes ... there is only one Draymond," Warriors head coach Steve Kerr said earlier in the month, per ESPN's Kendra Andrews, when asked about Green being the key to Golden State's success.

Green is the Warriors defensive anchor

"When Draymond is out there, it just makes everyone's job easier," Andre Iguodala said to Andrews earlier in the month. "Draymond, he's all over the floor. Defensively guarding 1 through 5, getting charges, blocking shots, every steal, everything." This type of energy is contagious and directly impacts Golden State's ability to win.

When Green has been on the court, the defensive rating (101.5) would rank as the best in the NBA this season by 4.1 points over the first-place Celtics (105.6). The drop-off of 5.2 points with Green off the court (106.7) is the difference between the first-place Celtics and 17th-place Lakers. In terms of points allowed, the Warriors' six worse defensive performances of the season have all come with Green sidelined. His absence was accentuated during Golden State's recent 2-9 stretch from Feb. 9 to March 7 when the defensive rating ballooned to 118.1, ranking second-to-last in the NBA ahead of only the Rockets in that span. In addition to assists, Green is the Warriors' per-game leader or co-leader in rebounds, blocks and steals this season.

The Warriors offense flows through Green

"Understand that, especially without Draymond for this extended stretch, our offense is a little different," Stephen Curry said to Andrews. "There is a lot more responsibility in terms of playmaking, being on the ball and handling that draw attention."

The Warriors have a league-high 67.3% assist percentage this season -- indicating the amount of scores that came from an assist. That number jumps to 72.4% when Green is on the court, a stark contrast compared to when he's off the floor (65.0%). That 7.4% drop-off is the difference between the league-leading Warriors' assist percentage and being the 16th-place Dallas Mavericks in that same category this season.

"For me, people see the system and people say 'he's the main facilitator,'" Draymond Green said to retired NBA guard JJ Redick on The Old Man and The Three podcast. "It's not only that I am the main facilitator it's that I ... not so much to Steve Kerr's liking ... just stand at the top of the key. When I get the ball out I reverse it and change sides of the floor. I think that's the biggest difference."

Green is having one of the most uniquely efficient offensive seasons in NBA history as he is currently the fourth player ever to average over seven assists per game while taking under six shots per game. The other three players are the NBA's all-time leader John Stockton, Nate McMillan and Muggsy Bogues. 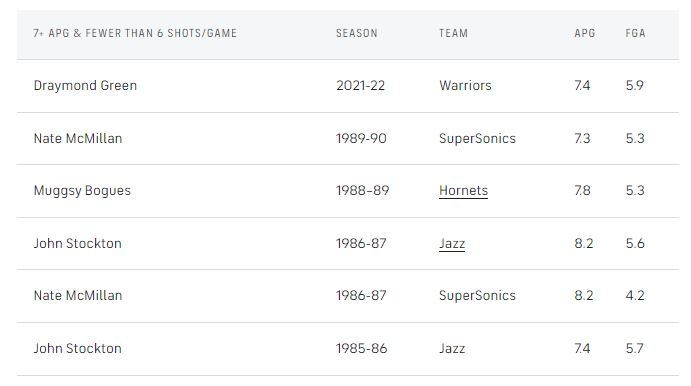 "Obviously Steph [Curry] has to do a lot more off the dribble when I'm not playing as opposed to he doesn't have to be on the ball as much when I am playing because I sort of shoulder all of those responsibilities," Green said. "The same shots that he gets off the catch or off the move when I'm playing, it's not as simple because that's kind of my role on the team is handling a lot of those responsibilities and allowing him to freely move."

Green's presence clearly elevates the Warriors to another level defensively and having another ball-handler player for opponents to focus on certainly benefits other Warriors' scorers ability to get easier buckets. The intensity Green brings is an intangible that will be key to the Warriors' 2022 playoff journey. Read More

Max Duggan remains committed to TCU this season and beyond