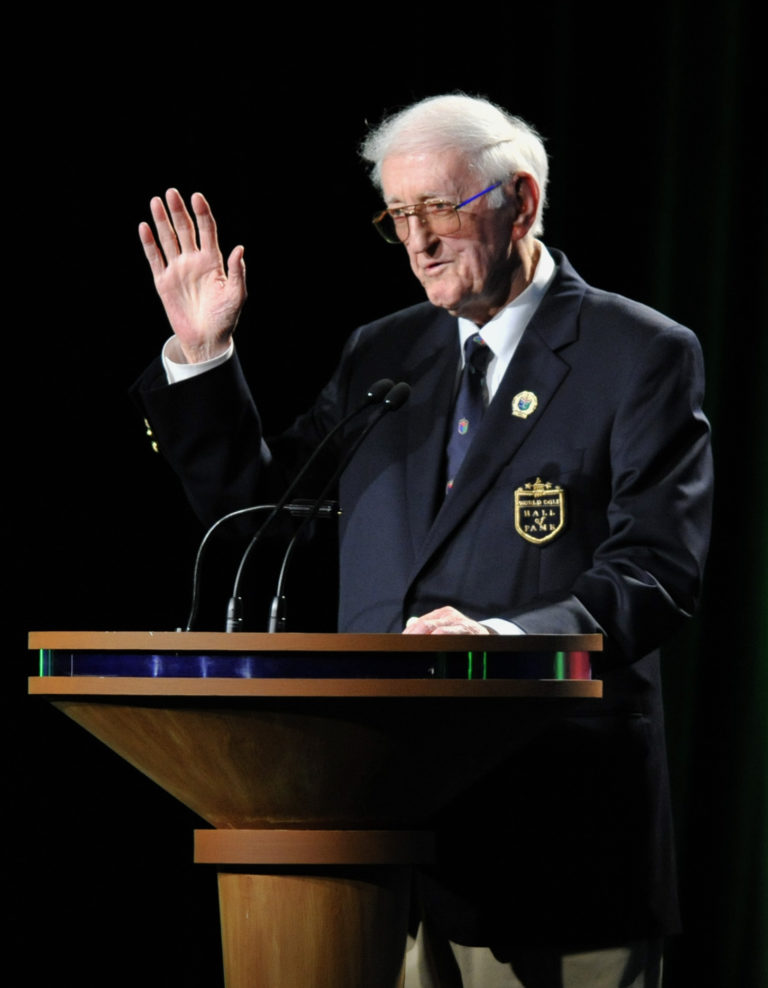 Jenkins, who graduated from TCU, maintained ties to his alma mater. In 2017, the 130-seat pressbox inside of Amon G. Carter Stadium was named for Jenkins. The Department of Journalism awards scholarships in his name.

Incredibly saddened to hear the news that Dan Jenkins passed away this evening. Dan was one of the all-time greatest sport writers and was a proud Fort Worth native. We were blessed to have him in the Horned Frog family. 🐸 RIP Dan...you will be missed by many.

A native of Fort Worth, Jenkins is survived by his wife June, his sons Danny and Marty, and daughter Sally, an award-winning columnist for the Washington Post.

Jenkins, who played golf at Paschal High School and TCU, was famous for his golf expertise and tongue-in-cheek wit. His career spanned over 60 years. After starting out at the Fort Worth Press, Jenkins became an icon at Sports Illustrated. He also wrote for Gold Digest.

He wrote over 20 books, three of which that became movies “Baja Oklahoma,” “Semi-Tough,” and “Dead Solid Perfect.”

Among the numerous honors bestowed upon him, Jenkins received the Red Smith Award and the PEN/ESPN Lifetime Achievement Award for Literary Sports Writing. He is one of three writers to be inducted into the World Golf Hall of Fame. Jenkins is also a part of the Texas Sports Hall of Fame and earned the lifetime achievement award in sports journalism from the PGA of America.

He summed up his career succinctly: “All I’ve ever done is try to get at the truth of the matter.”