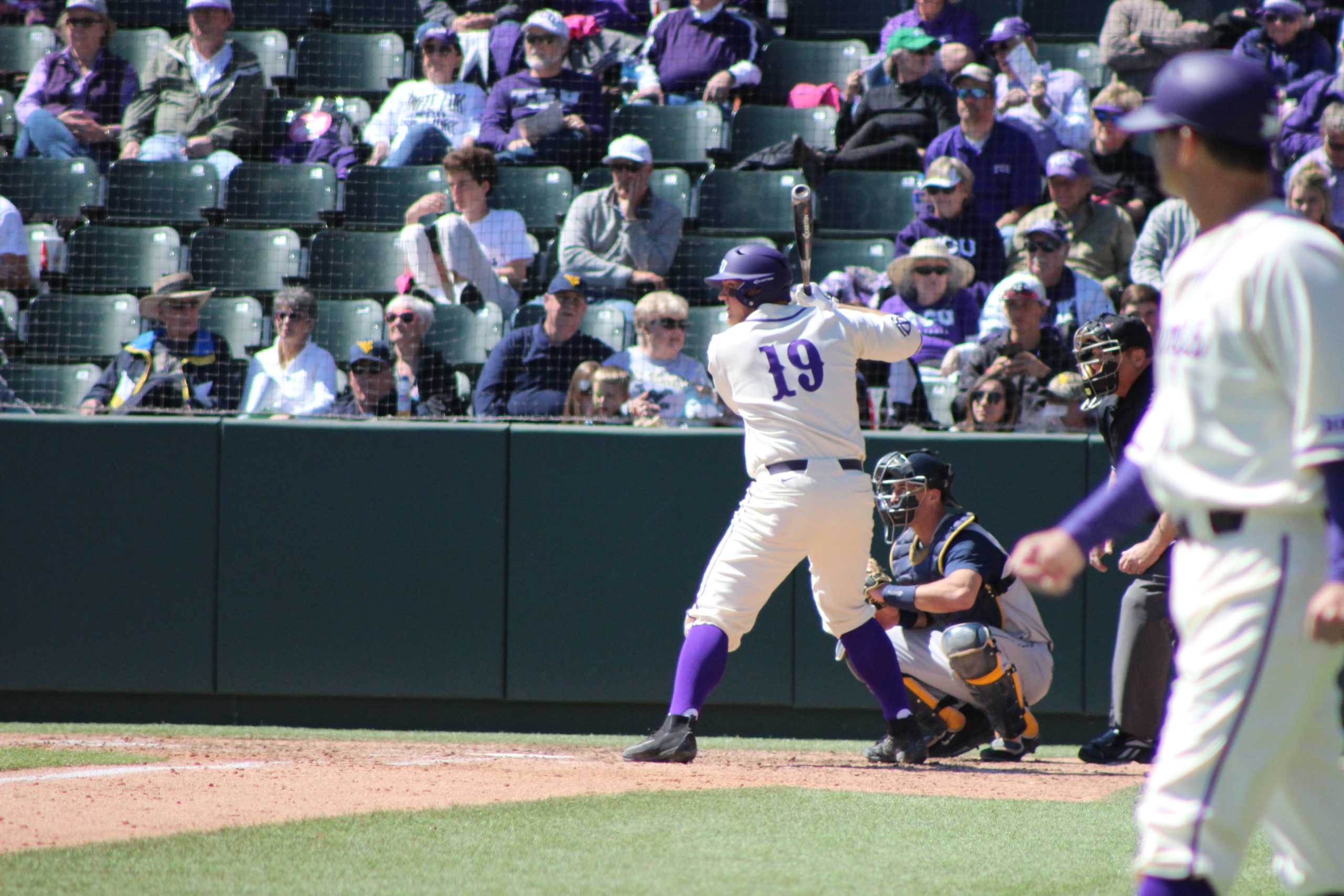 When TCU Baseball takes the field on opening night against Penn State on Feb. 17, TCU preseason All-American Luken Baker will be trying on a new role.
The sophomore pitched and batted as a designated hitter last year, but head coach Jim Schlossnagle sees Baker as one of his everyday fielders.

“Luken is going to play some first base, no doubt about it, and he’ll play out there a lot,” Schlossnagle said.

In 2016, Baker was named an All-American for his pitching and hitting. As a pitcher, he went 3-1 with 1.70 ERA, while striking out 41 batters and walking just 16 in 47.2 innings. On the days he didn’t pitch, he was the Frogs designated hitter. Baker hit a team-high .379 batting average, co-lead the team in home runs with 11, and led the team in RBIs with 62.

This season Baker is honing his skills as a position player.

Pitcher Howard makes his last run as a frog

Baseball Preview: No. 1 TCU not running from expectations