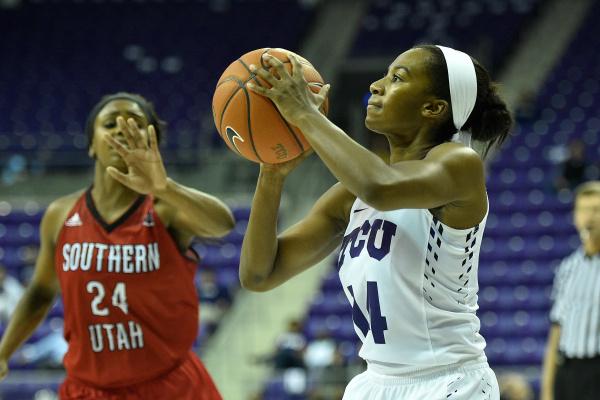 The TCU women’s basketball team opened the brand new Ed and Rae Schollmaier Arena and closed their non-conference schedule with a bang on Sunday, beating the Southern Utah Thunderbirds 76-47.

The Frogs began the game red-hot, making 11 of their first 19 shots to take a commanding 29-9 lead at the end of the first quarter. Those 29 points are the most the team has scored in the first quarter this season.