TCU at a crossroads against Kansas State 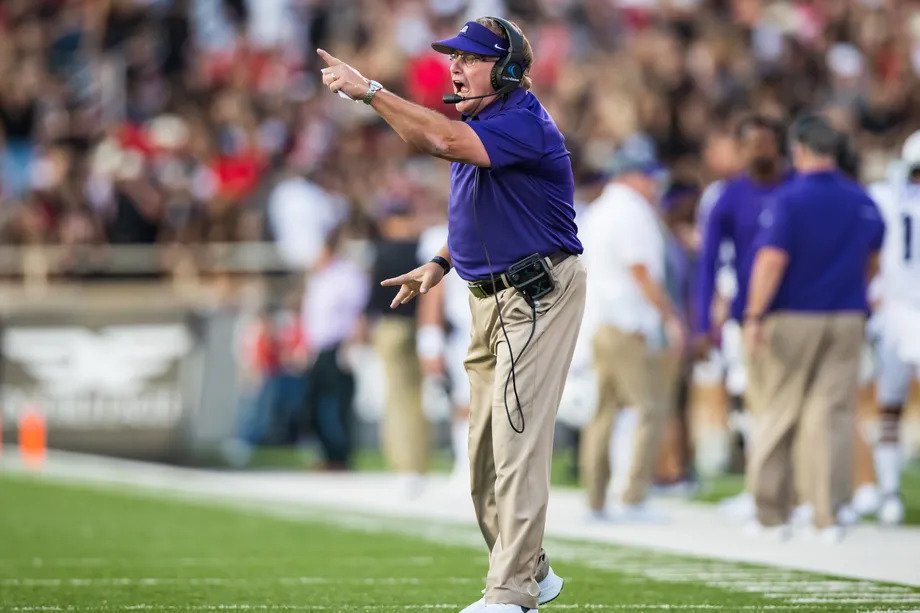 Sitting at 3-4, TCU is staring down a fork in the road moment in its 2021 season this Saturday against 4-3 Kansas State. A win puts the Horned Frogs just two wins away from bowl game eligibility with 1-6 Kansas still on the schedule. A loss to K-State leaves them needing to win three of their final four. Outside of the Jayhawks, the rest of TCU’s schedule is comprised of Top 25 foes with No. 16 Baylor, No. 15 Oklahoma State, and No. 22 Iowa State. Even beating one of those teams won’t be easy but needing to potentially defeat two of those teams is downright daunting.

There are some silver linings to be had after the Horned Frogs 29-17 home loss against the West Virginia Mountaineers. Gary Patterson’s defense allowed fewer than 30 points for the first time since winning the season opener 45-3 against FCS opponent Duquesne. However, TCU was unable to make the game-changing plays to get the ball back to the offense with just a single sack and zero takeaways.

“You have to make plays,” TCU Head Coach Gary Patterson said. “You went from two guys in the NFL [safeties Trevon Moehrig and Ar’Darius Washington] to now some guys that are growing up. Guys have got to grow up and make plays. It’s not rocket science in this whole thing. “You’ve got to tackle. You’ve got to keep leverage. Leverage means you don’t let them throw over your head.”

Only Kansas has fewer sacks, six, than TCU’s nine. This ranks the TCU defense ninth in the 10-team Big 12 with nine sacks, and they’re tied for last in the conference with seven takeaways. Patterson said injuries have limited the different combinations of players he can field to slow down opposing offenses.

Fortunately for TCU, Kansas State averages just over 360 yards of total offense a game, the ninth-worst in the Big 12, but they’re coming off a victory at Texas Tech that was the final strike for now-former Red Raiders Head Coach Matt Wells’ tenure in Lubbock. In that game, No. 22 for Kansas State looked like Panthers running back Christian McCaffrey, not sophomore Deuce Vaughn, who accounted for three touchdowns. Confidence in Patterson’s game plan doesn’t seem to be wavering amongst his players, but they will need to stop Vaughn.

“Coach P has good schemes for each team we’ve played against. We just have to use them to our best ability,” junior linebacker Dee Winters said. “If we go out there and do that, we should be alright.”

What’s not alright is TCU quarterback Max Duggan’s health situation as he is playing through a broken bone in his foot. That has forced the offense to put the designed quarterback runs on the shelf according to Patterson, despite the ground game being one of Duggan’s biggest strengths.

Duggan has had single-digit carries and fewer than 50 rushing yards in each of the last three games. Versus California-Berkeley, SMU and Texas, a fully healthy Duggan had double-digit carries, making the read-option with either Zach Evans or Kendre Miller standing next to him something of a tough decision for defenses. Patterson said there isn’t quite another quarterback on the roster who can move like Duggan.

“[Morris] runs well but he’s more of a scrambler, “ Patterson said. “We’re not going to run a power with him or the run game that Max runs. It’s a power quarterback run game, not a finesse quarterback run game. That doesn’t mean that Chandler [Morris] can’t do it. I’m not going to tell Kansas State anything. You guys have sat in these meetings long enough to know that, right?” Patterson said with a Cheshire Cat grin.

While many football players at all levels from Pop Warner to the NFL may have nagging injuries this deep into their season, Patterson isn’t excusing Duggan’s two second-half interceptions against the Mountaineers. Those turnovers played a role in the 11-minute advantage that West Virginia had over TCU in time of possession as the Horned Frogs didn’t score a point in the final two quarters.

“The key is to win ballgames and we need to do what we need to do to go win a ballgame, so what we can’t do is to get into the same scenario we were in for the second half last week: we had two picks, a fumble and a turnover on downs. That’s basically four takeaways and that’s hard to win ballgames,” Patterson said.

While offensive coordinator Doug Meacham and his job security has been a bigger conversation during the Horned Frogs 1-3 stretch, Patterson has yet to come to a conclusion about the future of TCU’s offense.

“I’m not telling Kansas State anything,” he said. “I’ve got five games left and all that evaluation will come when I get done with five games. You’ve got to make plays. You can’t turn the ball over. We’re not trying to (turn the ball over). The only one we can control is the call on fourth down when we turned it over on downs. That’s the one the coaches have to change.” Read More

TCU’s ‘heartbeat’ is gearing-up at the perfect time