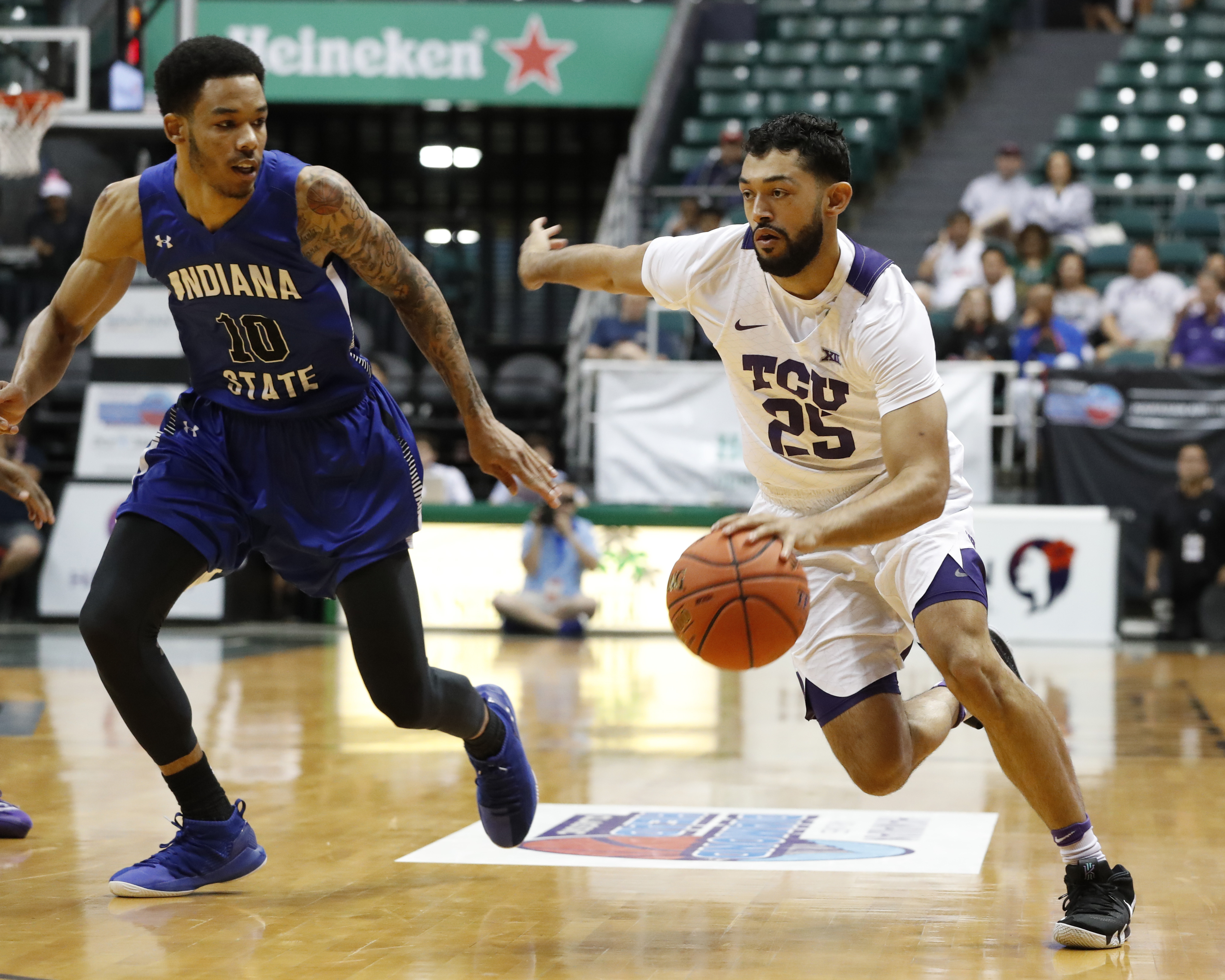 TCU’s rematch against Indiana State in the Diamond Head Classic finale on Tuesday wasn’t gift-wrapped for the Frogs, but the result was precisely what they had on their Christmas list.

Alex Robinson led four Horned Frogs in double-figures with 15 points to go along with eight rebounds and four assists as TCU got the best of the Sycamores, 83-69, at the Stan Sheriff Center.

Robinson was selected as the tournament’s Most Outstanding Player.

Kouat Noi and JD Miller each had 12, with Miller also grabbing 10 rebounds. Jaylen Fisher, who was also named to the all-tournament team along with Robinson, contributed 11 points, and freshman guard Kendric Davis had 10 on 5-of-9 shooting.

The Horned Frogs, who have won eight straight games overall, have one more non-conference game against Hawaii Pacific on Dec. 28. They’ll start Big 12 play at home vs. Baylor on Jan. 5 at 3 p.m on ESPNU.

Rebounding, Dixon said, is what his team needs to work on, but he likes TCU’s level of play.

“I think we’re ready, and I think a lot of people are underestimating us, but we’ve had a lot of challenges,” Robinson said. “Our younger guys are getting a whole lot better. I think we’re going to take the Big 12 by storm for sure.”

The Sycamores (8-4) would get within three, 23-20, with five minutes remaining in the first half, but another 9-0 stretch in which all TCU starters scored had the Horned Frogs up 32-20. When Indiana State began to find their rhythm, TCU forward Lat Mayen scored six points in the half’s final minutes, leaving TCU up, 40-30, at half.

“Sure enough, he [Mayen] had six points in six minutes, finished around the rim, and made some free throws in addition to doing a pretty good job on the defensive end for us,” Dixon said. “I think he can be good, a different look for us.”

Just when the Sycamores cut the Horned Frog lead to single digits in the second half, TCU went on an 18-4 run to take 22-point advantage at 71-49. Miller sparked the run with a lay-in, Noi made four free throws, Davis laid-up three consecutive buckets, Kaden Archie a free throw and a dunk, and Fisher drilled a three-pointer.

However, the Sycamores responded by scoring 15 of the next 19 points to cut TCU’s lead to single digits, 75-66, with less than three minutes to play. Robinson would restore calm to the Horned Frogs, though, scoring six points during an 8-0 run, which put TCU up, 79-66, with 57 seconds left.Read More