TCU advances to championship of Hawaii tournament with seventh-straight win 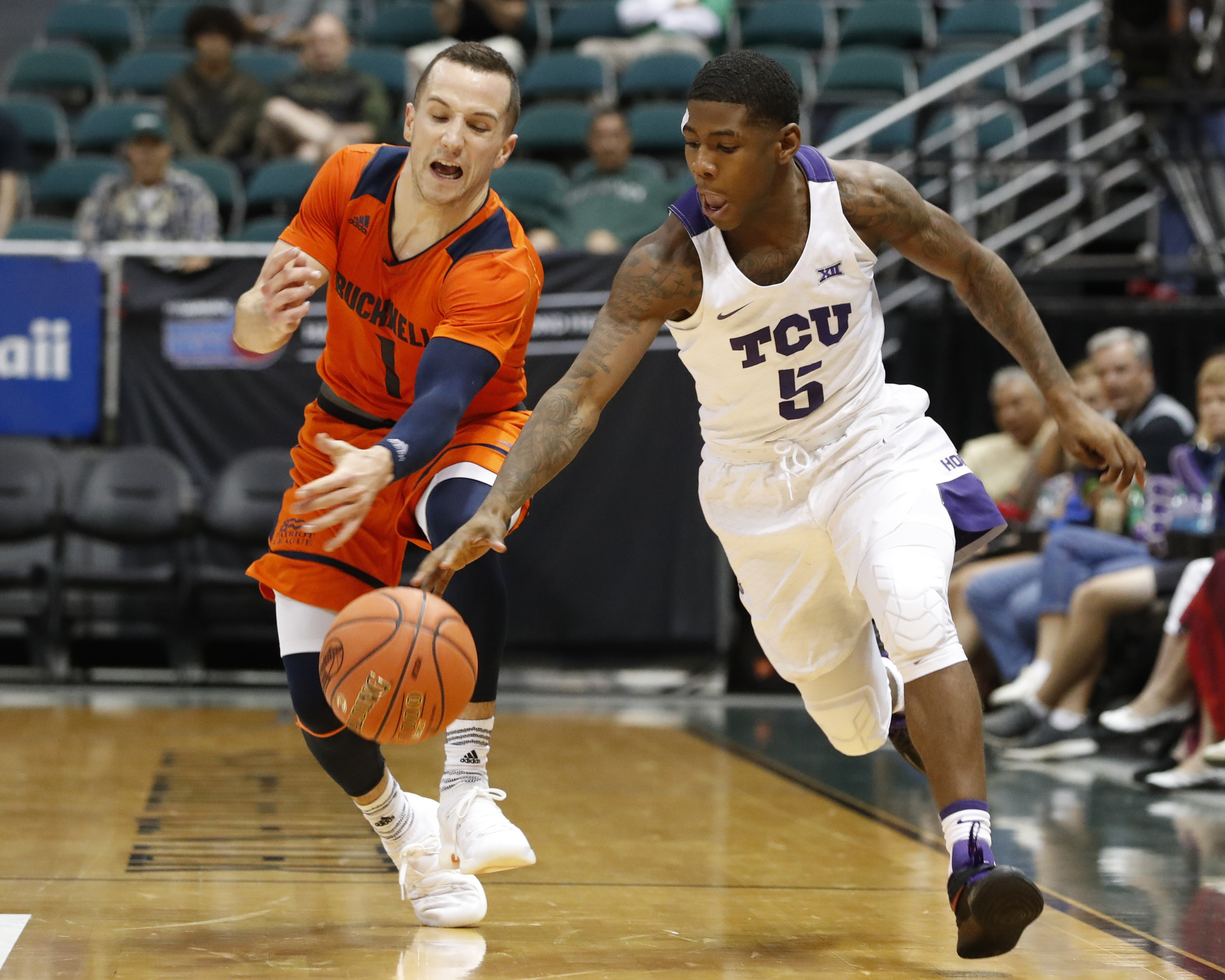 TCU’s semifinal contest at the Diamond Head Classic on Sunday was much more competitive than its opening act against Charlotte, but the result was the same as the last seven games the Horned Frogs have played.

Desmond Bane led six Frogs in double-figures with 16 points on 7-of-14 shooting, Jaylen Fisher added 14, and Kevin Samuel had 14 to go with a team-high nine rebounds in TCU’s 82-65 win over Bucknell.

“They’re a dangerous team, but we stuck with it,” TCU head coach Jamie Dixon said. “We adjusted by playing JD [Miller], Kevin, and Kouat a lot together. You don’t shoot well and you win by 17, that’s a good sign.”

TCU’s advances to the championship against Indiana State at 8 p.m. CT on Christmas. The Frogs defeated the Sycamores on Dec. 16, 90-70, in Fort Worth.

“I expect them to come out as hard as they can, but I feel like our team is mentally tough enough,” said TCU guard Alex Robinson, who had a double-double with 11 points and 11 assists.

After Fisher drained a three-pointer for the game’s first bucket, the Bison ripped off the next nine points. Then, the Horned Frogs went on a 21-7 run to take a 24-16 lead.

The Bison countered with a 21-10 stretch to take a 37-34 lead. Robinson then assisted on three consecutive Miller layups and hit a tough floater to give TCU a three-point lead at the break, 44-41.

“With JD at the five, he’s going to score more points down there than he is playing at the four, so it gives us another look,” Dixon said.

“We knew we had to lock down better on defense since they were shooting about 40 percent in the first half, and our M.O. this year is to be a really good defensive team,” TCU point guard Alex Robinson said. “That was our focus and I think we accomplished that.”

All five TCU starters scored double-digits, including Miller with 12.

Robinson’s ninth assist to Samuel was his 515th, moving him into second place on the program’s all-time assist list. He is now 58 behind Corey Santee’s 575.

“It’s something we want our program to be known for: point guard play with high assists and low turnovers as well as high scoring and that’s what we’re doing,” Dixon said.Read More